On Saturday 15th of March I accompanied Elly Clarke and Julie Tsang on my first photographic shoot for the George Richmond Portrait Project in Hampshire. The extensive time needed to arrive twined with a clear sun-kissed sky made for a bearable if not pleasant journey. Soon, as the wild greens of countryside made the melancholic concrete of both Birmingham and London a distant memory, we all sank into sporadic bursts of conversation and contemplation. Following a hurried lunch and a case of misdirection we found ourselves welcomed by the charmingly charismatic Michael Buchanan. Straight away we were escorted around his house which he shares with his wife, as he immediately recalled tales of the acquisitions of and sitters in his collection of George Richmond paintings and prints. But what was most unexpected were two portraits, one of Michael Buchanan and one of his wife located in their sitting room. As they both sat talking about their lives and that of their ancestors, the freeze frames of their former selves beadily gazed over them, embedding a serene and overwhelming impact of their history into four walls of the room. The room was littered by trinkets capturing the Buchanan’s continuing legacy. 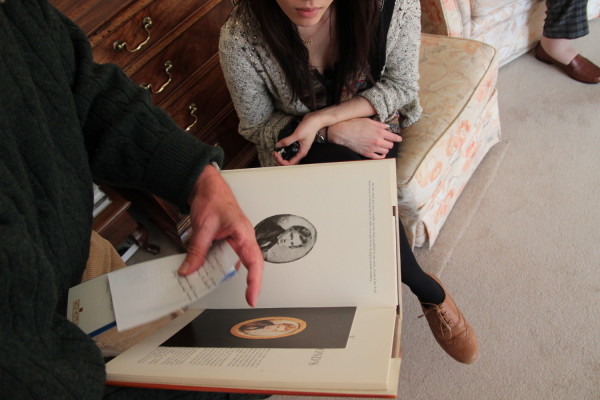