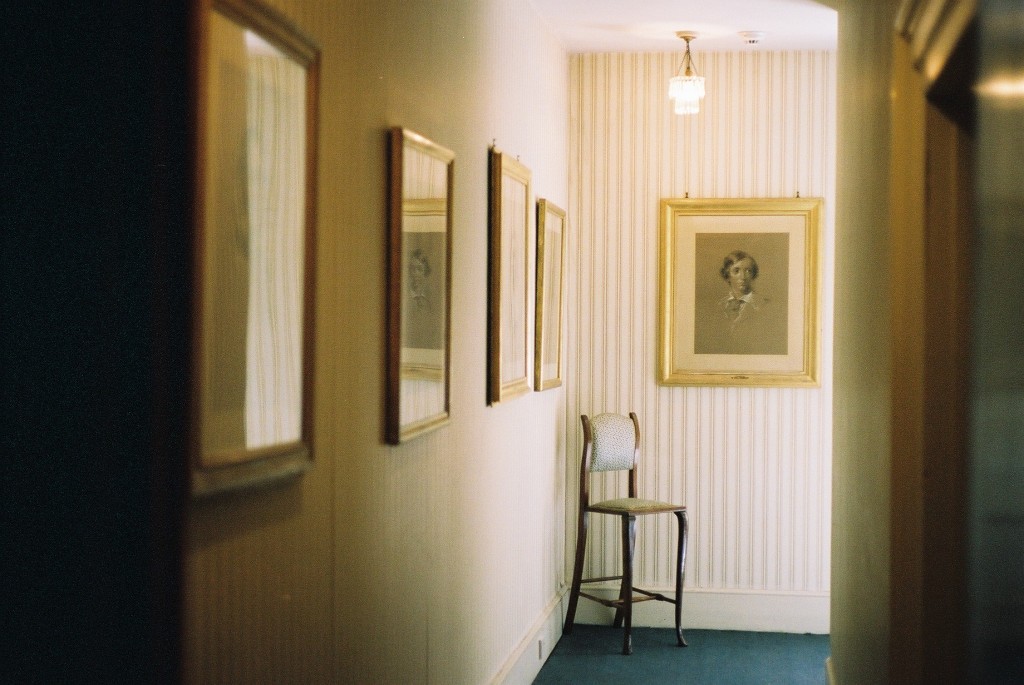 The George Richmond Portrait Project involves tracing portraits by Victorian portrait artist George Richmond RA (1809-1896) to  private collections in the UK and beyond in order to photograph both the portraits and the living descendants of those portrayed, in situ.

George Richmond produced more than 3,000 portraits during his lifetime. Famous sitters include Charlotte Bronte, Charles Darwin, Elizabeth Fry, Edward VII, William Wilberforce, William Blake, Gilbert Scott and John Ruskin. But most of his commissions were for private use. Whilst today many of his works are held within public collections – from the NPG in London to Birmingham Museum & Art Gallery; from the Yale Centre for British Art to the Fitzwilliam, –  hundreds are still privately owned, many by the same families who commissioned them. It is on these portraits that Elly Clarke is focussing: portraits from which living descendants of Richmond’s sitters can be traced. Elly Clarke is George Richmond’s great-great-great granddaughter.

In private collections, Elly Clarke photographs her sitters in a location of their choice within their homes, and conducts audio interviews with them, extracts of which accompany her photographs.

All of Elly Clarke’s sitters have come to her. Initially it was in response to a short article placed in the Old Etonian (Lent 2010); since then through Richmond owners Googling the artist, or hearing about the project by word of mouth.

This phase of the project is funded with the generous support of Arts Council West Midlands. At a couple of points along the way we’ll be selling the odd limited edition print to help us go further. This will be announced via Twitter & Facebook and on the News page of this site.

Working with Elly for this stage is Research Assistant Lucy Dixon, Photographic Assistant Julie Tsang, with Simon Harper is in charge of the PR. Click HERE for more detailed info.

George Richmond was born on 28th March 1809 to Thomas and Ann Richmond and was one of the youngest students ever admitted to the Royal Academy Schools. Along with Edward Calvert and Samuel Palmer, he was a follower of William Blake – after whom one of his sons was named. Richmond produced over 3,000 portraits during his lifetime including of Charlotte Bronte, Charles Darwin, Edward VII, Elizabeth Fry and William Wilberforce, but mostly his portraits produced were for private family commissions. He met his wife, Julia Tatham, when she was just 13 and he 17. He was her drawing tutor. When she was of age they eloped and were married at Gretna Green. They had 13 children, of whom 10 survived into adulthood. After Julia died in 1881 George Richmond was said to take no more commissions.

With a background in History of Art and curating, peppered with some dot com startups in New York & London in the early noughties, Elly Clarke is interested in the impact of technology upon our sense of self and the physical body and object in our increasingly digitally-mediated and experienced world. And in the place of portraiture  and portraits-as-objects in our Facebook/Twitter/Instagram era. Elly works with photography, performance, music, curation and also works as a commercial (family & pregnancy) portrait photographer. Elly Clarke has been working on the George Richmond Portrait Project since 2008. Or 1992 if you count the A’ Level project…